a favorite at kids parties

Fairy bread is always a big favorite at kids parties.  According to Wikipedia, “Fairy bread is sliced white bread spread with margarine or butter and covered with sprinkles or “hundreds and thousands”, served at children’s parties in Australia and New Zealand.  It is typically cut into two triangles.

While traditionally an Australian and New Zealand food, fairy bread is becoming a favorite party food of kids all over the world.  Kids love to eat fairy bread as an after school snack or traditionally, ask for it to be served as a party food.  If your child hasn’t already asked you to make fairy bread, you can expect he or she will be asking for it soon.

If you are unfamiliary with fairy bread, before you make it for your child, you may be interested in knowing the history of fairy bread.

According to Wikipedia, “fairy bread dates back to the 1920s in Australia, and is first recorded in The Hobart Mercury, which describes children consuming the food at a party”.

Serve on a decorative party platter to delight party guests.

This a simple recipe to make and can be made with the help of your children.

Here are 5 of our favorite fairy bread recipes from around the web. 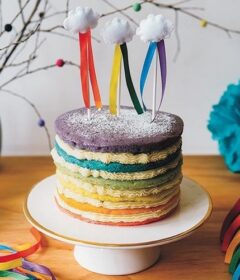 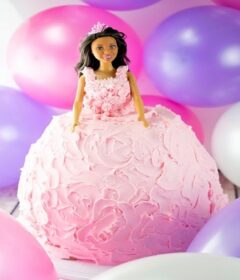 How to Make a Princess Doll Cake 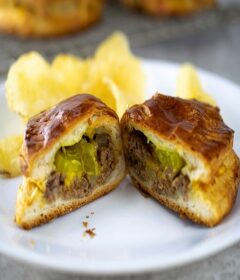