According to the just-released 9th annual national “College Saving Indicator Study” conducted by Fidelity Investments, while more parents are putting away money to finance their children’s college education — 69 percent nationwide, up 5 percent from last year — they’re still on track to save just 27 percent of their stated goals by the start of freshman year.

Even the most severely math-challenged can see what’s described as “the challenge ahead” implied by these numbers: $232 (the median monthly amount parents report saving) and $31, 231 (the current average annual cost of tuition and fees at private colleges).

Of particular interest may be the behavior of millennial parents.

This is the generation, born between 1981 and 1997, who’s particular revelation from the 2008 recession was how tough it is paying off their own student loans while trying to establish a career (56 percent who graduated with such debt remain saddled with it)—all while the economy was tanking, and people were getting laid off. So it’s understandable, as the study found, that parents “appear particularly determined to help their children” avoid the same plight — specifically, by planning on covering 8 percent more than the 66 percent of their offspring’s college costs than parents overall.

“Millennials have weathered challenging conditions for much of their adulthood, and have adopted smart savings habits at a higher rate than their older counterparts,” says Keith Bernhardt, vice president of retirement and college products at Fidelity

Here are some ideas you might not have thought of to keep from underfunding your own kids’ higher education:

• Consider opening a 529 Plan. According to the survey, 93 percent of parents using one of these state- or state agency-sponsored, dedicated college accounts say it helps keep them on target. Savings can be used for tuition, books, and other education-related expenses. And the best part? Federal income taxes are deferred on any earnings, and separate state tax deductions may also apply.

• Get with the trend. No doubt you’ve heard of wedding registries set up to help finance a honeymoon in an exotic locale. The same is true for college. If you have a 529 Plan through Fidelity, for instance, its free 529 Gifting Service lets friends and family contribute to your account — with a private dashboard provided for you to send invitations and track gifts.

• Reallocate pre-school dollars. If your child has aged out of day care and after school care, that’s an average of $730 in monthly fees that could instead be socked away in a dedicated college savings account.

One other finding to emerge from the study: 70 percent of all parents say they need more “guidance” on the whole subject. Among the most popular Fidelity resource is an interactive, online College Savings Quick Check that lets you see how you’re progressing. 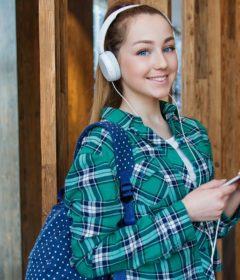 College Interview – What Questions Should You Expect? 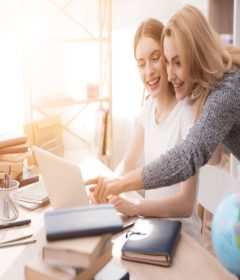 How to Find and Apply for Scholarships 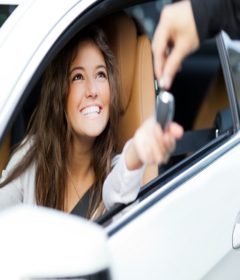 Car-Shopping Tips for Students and Grads

What can you do with all those left over Peeps? T

These handprint bunnies are fun to make and will d

How to prepare for your baby on a budget. Read fu

Getting ready for your baby? Read A Checklist for

Archie is going to be a big brother. Congratulati